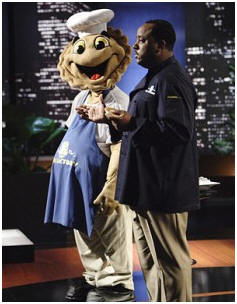 Tod Wilson is owner and operator of the business. He is a 1992 graduate of the University of Richmond. The company produces a variety of pies and various desserts. He proudly uses the phrase AMERICA’S NEXT GREATEST FOOD BRAND to describe his company.

Mr. Tod has been seeking counseling at the Small Business Development Center at Raritan Valley Community College over the past year. The Center assisted him with loan packaging for a mid six figure loan. He recently received financing from the United States Small Business Administration through Affinity Federal Credit Union to finance improvements, equipment, and working capital due to the increase in sales of his product. Mr. Tod has continually approached the center for advice in marketing, sales, and organizational issues. I.e. Patent

In September 2009 Tod appeared as the first business client on the new ABC show produced by Mark Burnett,THE SHARK TANK. This is a show where the business person tries to convince a panel of millionaire’s to invest in his business. Tod had to compete with over 30,000 applications all over the United States to be selected for this show.

Mr. Tod was offered a mid six figure injection of capital by two of the panelists which he accepted on the show but ultimately turned down because of the significant portion of ownership he had to relinquish. This in retrospect was a wise decision. Nevertheless the panelists who are millionaire businessmen and women saw the potential of his business and wanted in. The producer Mark Burnett, (yes the same one who produced “The Apprentice”) has ordered pies from Tod all the way from California which Tod ships to him by overnight delivery!

Following his success on SHARK TANK he was approach by QVC television to put his products on their network. They place an initial order of approximately 13,000 pies of which approximately 7,000 were sold on the stations “Happy Hour Show” during the premiere of his product (1 Hour). Mr. Tod’s Pies are sold at select McDonalds restaurants in New Jersey and in CROWN /Kennedy Chicken a fast food chain that operate approximately 300 locations in New Jersey, Upstate NY and Philadelphia. He is currently making preparation to comply with a proposal offered by SODEXHO for distribution of his product by this major food distributor. Mr. Tod’s Pie Factory sales have exceeded 1 million dollars.

Mr. Tod was the recipient of the SCBP (Somerset County Business Partnership) 2006 10th Annual Quest for the Best Culinary Invitational where he was voted Somerset County Best Dessert at the competition.
He has been featured in the Courier News (05), Home News Tribune (07, 08), Star Ledger (06) and most recently again in the Home News.

His product line features an assortment of pies, cheesecakes, fruit cobblers, and muffins. His store locations also offer a selection of ice cream and breakfast sandwiches to diversify his menu. His signature product, however, is the sweet potato pie which is produced from a recipe that he and his mother have perfected over a 15 year period.

His innovative product is a box of 10 assorted pies which can be selected by the purchaser no pre packaged. He has applied for a trademark for his pie assortment.

Mr. Tod has an innovative website as well www.WhyBake.com which describes all of his products and has excellent streaming video testimonials.

Want to grow your business? Our experts can answer your questions to help you make informed decisions.
Fill out this request form

Secure online registration is done through the RVCC website. Search/Register for a Course.

Subscribe to our email newsletter and we'll let you know about upcoming events and workshops to help you improve your business skills.
Subscribe to get the latest info

CORONAVIRUS (COVID-19) INFO: The NJSBDC Network and Your Small Business